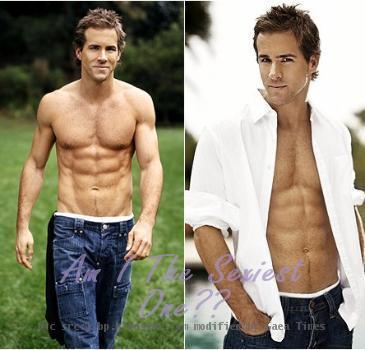 LOS ANGELES (GaeaTimes.com) — Before he turns into a superhero next year in his upcoming flick “The Green lantern“, Ryan Reynold has been selected as the “Sexiest Man Alive” by People magazine. After his wife (Scarlett Johansson) bagged the title “Babe of the year“, this new appreciation will surely bring some smile to the couple’s face.

The Canadian actor who is well known for his films like “Buried”, “The Proposal” etc. added that he thought the title would give him a few perks at home with wife Scarlett Johansson. He said that -

Now it’s going to be, ‘Sexiest man, take out the garbage.’ That does sound better.

At first, Reynolds didn’t believe the news and completely ignored it. But later he got hold of the situation and started enjoying this sudden fame. It’s not everyday people call you the “sexiest” man in earth.

What do you think? Does he deserve the title? Or is there anyone in your mind? Ladies, do feel free to discuss whom you think should have been the “Sexiest man Alive” this year.