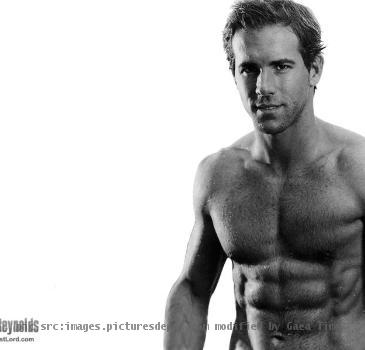 VANCOUVER (GaeaTimes.com)- The Hunky Canadian actor Ryan Reynolds is on Cloud Nine after winning the title of the Sexiest Man alive title which has been bestowed on him by a prestigious lifestyle and Celebrity magazine. The actor who is slowly but steadily making his mark among the top league of actors in Hollywood is now preparing for the promotion and release of his upcoming sci fi movie the Green Lantern. Earlier he enthralled the fans in movies like X Men Origins: Wolverine and The Proposal. The actor who is now 34 was always liked for his gorgeous looks and fabulous figure. However, of late he has developed is figure even more and his abs can give the other actors a run for their money. The actor obviously is elated with the newest achievement but he is not exactly going gaga over it. He now joins the elite group of actors and celebrities like Johnny Depp, George Clooney, Brad Pitt, Hugh Jackman and Tom Cruise.

Ryan Reynolds said after bagging the title of the World’s sexiest man alive “This gives my family entry into teasing me for the rest of my life.” The sizzling actor started his career in TVs in the 1990s and later acted in movies like “TheAmityvilleHorror” and Hugh Jackson starrer “X-Men Origins: Wolverine”. However, it was with the smash romantic comedy ‘The Proposal’ that he established himself as a dependable solo hero in Hollywood.

The world’s sexiest man alive incidentally is the first Canadian to win the coveted title. He will be featured in the next issue of the magazine which has given him the honor.

WASHINGTON - Vin Diesel has been voted 'the sexiest man alive' on Facebook. The poll conducted for t...