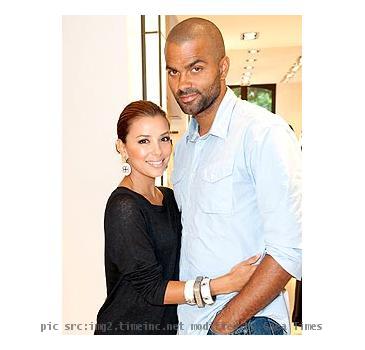 LOS ANGELES (GaeaTimes.com)- It came as a real shock to Eva Longoria Parker’s fans when the media outlets reported that she has filed for a divorce from her husband Tony Parker. The “Desperate Housewives” beauty married NBA guard Tony Parker in 2007. However, the representative of the couple has denied the news saying it to be a rumor.

Previously a gossip website reported that Tony Parker filed for divorce in Texas citing irreconcilable differences as one of the reasons. However, later the news was removed from the website after the couple denied the news. Moreover, Eva Longoria Parker’slawyer said that the actress did not file divorce papers and she does not have a divorce lawyer as well. A reputed media site reported that the divorce rumor fueled when Eva Longoria canceled one of her TV appearance at Anderson Cooper’s CNN show on Saturday. The media outlets started speculating immediately the reason for her cancellation of the show and came to a conclusion that she must be going through a tough phase in her personal life.

A source close to Texas court reported a reputed media source reported that court also did not receive any divorce paper as well. However, the couple refuted previous claims of gossip web sites that two clerks at the Bexar County Courthouse confirmation that the papers were filed and sealed by a family law judge. The news of the split was quite surprising for the media as the couple are often seen attending parties together and they seem happy with each other. Early this year in one of American shows Eva Longoria Parker said that Tony Parker surprises her every year like last year he took her to Croatia. However, the media is waiting for the couple to say something about their divorce rumor.