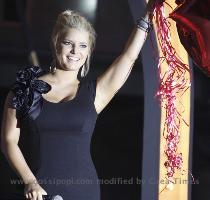 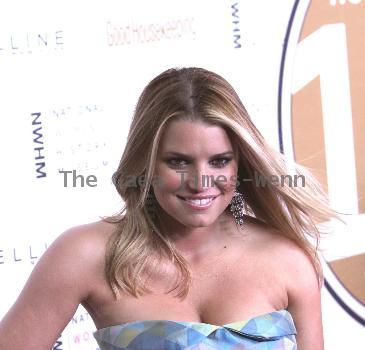 LOS ANGELES (GaeaTimes.com)- The web is abuzz with reports that are speculating that pop star and fashion icon Jessica Simpson might be pregnant. Though the singer and glamor model has not issued a statement yet, some reports suggest that her recent weight gain is due to her pregnancy. Earlier the star had revealed that she wants to start a family soon with her new love Eric Johnson.

A source close to Jessica Simpson said that the couple are madly in love and want to make a baby. She also revealed that Jessica Simpson wanted to have kids by the time she was 30 and her priorities have completely changed in recent times. The source also confirmed that Jessica Simpson’s recent weight gain is a result of her eating for two. To fuel the rumors further Jessica Simpson was seen vomiting recently during one of her shows for the US sailors earlier this month. One source told the media that Jessica Simpson flew in a helicopter and had three energy drinks without water. She then started complaining about the heat and felt sick after just one song.

Jessica Simpson also appeared on the finale of Project Runway that aired this week and in spite of the rumors of her two month pregnancy doing the rounds, the singer appeared without any visible bump. Looking stunning in her gray glittery short dress, the singer seems to have taken the new found curves in her figure in her stride. The source close to the star also said that she has been hinting at a big news to her friends in recent months.