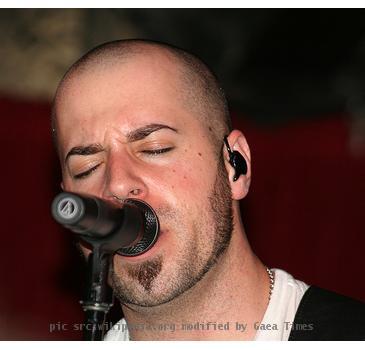 LOS ANGELES (GaeaTimes.com)- The results night of “Dancing With The Stars” had some great surprises for the audience with some of the greatest rockers of today performing live on stage. Though a sad night for the David Hasselhoff fans, there was plenty of music to keep everyone happy. Daughtry, led by Chris Daughtry and Carlos Santana took the stage to perform the Def Leppard hit ‘Photograph’. Apart from the upcoming rock star and the guitarist, the audience were also treated to some stand-up comedy from Adam Corolla.

Chris Daughtry also performed the hit song from Daughtry, ‘September’ and the star struck audience was blown away by the vocals of the former American Idol finalist. In the performance with Carlos Santana, the audience could not help but groove to the music on the celebrity dancing show. At the bottom four were Michael Bolton, David Hasselhoff, Mike The Situation Sorrentino from “Jersey Shore” and Margaret Cho. In spite of being one of the most talked about celebs on the show, David Hasselhoff became the first contestant to leave the show.

‘Photograph’, performed by Carlos Santana and Chris Daughtry is a single from the former’s new album ‘Guitar Heaven: The Greatest Guitar Classics Of All Times’. The album features songs of some of the greatest rock legends of the modern world and includes classics like ‘Whole Lotta Love’ by Led Zeppelin and ‘Smoke On The Water’ by Deep Purple. Chris Daughtry is known for hits like ‘Home’ and ‘It’s Not Over’. He is one of the most successful singers to have emerged from the singing reality show “American Idol” in spite of being just the finalist and not the winner.