Oilsands put into spotlight by Cameron 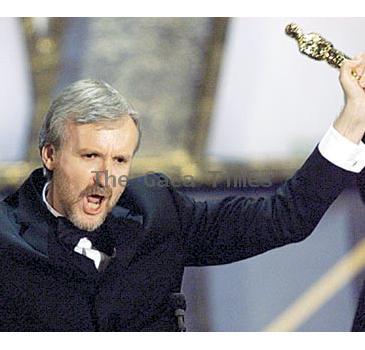 September 28, 2010 (Sampurn Wire): James Cameron, the acclaimed Hollywood director, would be going to Alberta this week so as to take a tour of the oilsands. Is he just visiting the place, or does he see the new Pandora in Alberta, is yet to be seen.

The visit of this Oscar winning director, is sure attract a huge amount of attention to the place, since it’s not everyday that a Hollywood film-maker of Cameron’s stature visits a place like this. Cameron had also directed smash hits and award winning movies like the Titanic and The Terminator, and thanks to his directorial skills is one of the most famous directors, from around the globe.

He also has a strong affinity towards several environmental causes from around the world. He and Sigourney Weaver (Avatar-star) are presently, all across the famous Amazon Watch website since they went there in actual physical reality so as to speak on behalf of the indigenous people who live there. These people are constantly under threats by the manufacture of the Belo Monte Dam complex.

The forests of Alberta aren’t as colorful as their Amazon counterpart; however the reason James was drawn to the place was because he said that the local and the aboriginal communities all downstream from the oilsands.

TORONTO - The Chinese got another major foothold in the Canadian energy market Thursday with a billi...

Editorial Roundup: Excerpts From Recent Editorials in Newspapers in the US and Abroad