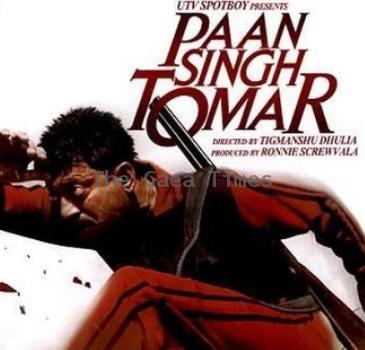 September 17, 2010 (Sampurn Wire): Director Tigmanshu Dhulia’s upcoming movie Paan Singh Tomar, based on a true story of a runner, is getting its world premiere at the 54th BFI (British Film Institute) London Film Festival, which will start from October 13th.

The movie is a biopic of a national steeplechase champion named Paan Singh Tomar. The runner had left the army and went on to become a bandit. The title role of the film is played by the versatile actor Irrfan Khan and Mahi plays the role of his wife.

Speaking about the movie, the director was quoted saying that the story has been with him for the last 17 years and he is very excited to get this platform to share the story with people all over the world. He is very thrilled to get this esteemed film festival of UK to start the journey of his film. The movie is scheduled to release in India in October.

Pakistanis chew up $64.7 mn worth of betel nuts a year

ISLAMABAD - Pakistan spent a whopping $64.7 million on import of betel nuts and betel leaves during ...

I'm lucky to have got good roles in foreign films: Irrfan Khan

ABU DHABI - Actor Irrfan Khan, who wowed the international audiences with his performances in "A Mig...

ABU DHABI - When he ran on the tracks, he won medals; when he ran in the ravines of Chambal as a reb...

I would love to do a musical: Irrfan Khan (Movie Snippets)

NEW DELHI - After carving a niche for himself by playing unconventional roles, actor Irrfan Khan now...

World premiere of 'With Love To Obama' in New York

NEW DELHI - Neha Dhupia starrer laughriot "With Love To Obama" will be world premiered at the sevent...

GURGAON - Irrfan Khan has managed to make a name for himself in Hollywood as well as Bollywood. As h...

NEW DELHI - After creating waves on the festival circuit, Anurag Kashyap's thriller That Girl in Yel...
Copyright© 2010 The Gaea Times