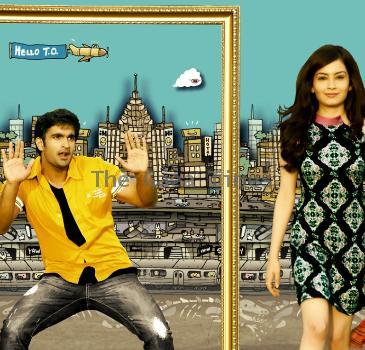 September 7, 2010 (Sampurn Wire): The trailers of ‘Vareva’ directed and produced by Mahi with Gautham, son of Brahmanandam in the lead were released by Ram Gopal Varma and Puri Jagannath. Sambhavi is the female lead in this movie. Varma says, ‘I have a great attachment with Brahmanandam. When he was playing in ‘Aha Naa Pellanta’, I used to go to the shooting spots for opportunities. Our friendly relationship continues from ‘Money’, ‘Anaganaga Okaraju’ till the latest ‘Katha Screenplay Darsakatvam Appalaraju’.

Puri Jagannath says, ‘The title is very attractive and Gautham also looked good in trailers.’ EVV says, ‘While father played in the song ‘Wareva Yemi Face…’ his son is playing in a film with a word from it chosen as the title.’ Brahmanandam says, ‘Any one would shine only with individual talent. Gautham should prove his talent and come up.’ Sreenu Vaitla says, ‘I like Brahmanandam very much. I watched a part of the film. Gautham gave a good performance.’

MUMBAI - Karan Johar says he would like to call filmmaker Ram Gopal Varma on the third season of his...

MUMBAI - He describes himself as a "soft guy" who doesn't harbour feelings of revenge and can't stan...

September 27, 2010 (Sampurn Wire): October is going to be a month of celebration for the Telugu fi...

MUMBAI, INDIA (GaeaTimes.com)- The much awaited film from Ram Gopal Verma, the filmmaker...

Big B Is Senior Cop In RGVs Department!

NEW DELHI - Just when Karan Johar has been taking pride in having produced an official Hollywood...
Copyright© 2010 The Gaea Times