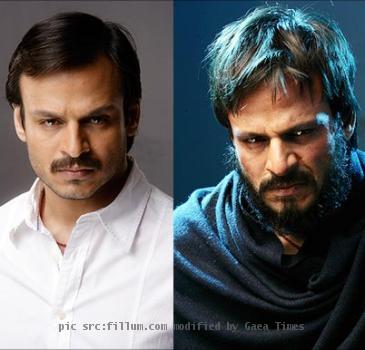 MUMBAI, INDIA (GaeaTimes.com)- The much awaited film from Ram Gopal Verma, the filmmaker with a different style and a penchant for controversy, is hitting the theaters next month. The music of the trilingual film “Rakta Charitra” is going to be released today, according to the media reports. Mani Sharma has composed the music of this film and interestingly the director himself has lent his voice for the film. However, his voice will be used only for the Telugu version. A revamped version of the popular ‘Govinda Govinda’, a track first used in ‘Sarkar’, another RGV film is there in this film.

For both the director and actor Vivek Oberoi, who plays the protagonist Paritala Ravindra a political leader hailing from Andhra Pradesh who was slain, “Rakta Charitra” is indeed important. Other noted actors who are included in the cast are Shatrughan Sinha, Radhika Apte, Kota Srinivas Rao and Priyamani. Radhika Apte is essaying the character of the wife of the controversial slain politician in this film. Owing to the star cast and the political backdrop, the film has generated enough pre-release buzz and some amount of controversy. However, it is common with almost all films of the director.

Vivek Oberoi is counting on this film. In the last few years he has not given any solo hit as such and his market graph has been severely affected. He tasted success with “Company,” made by the same director way back in 2002 and Rakta Charitra may bring good news for him. “Rakta Charitra” is hogging media attention these days and the audio release is likely to give a boost to the buzz surrounding the film.