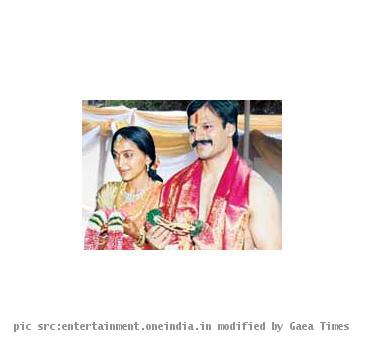 BANGALORE, INDIA (GaeaTimes.com)- Bollywood actor Vivek Oberoi is surely on cloud nine these days. With his acting career getting a much-needed boast with the rave reviews that his latest flick “Rakta Charitra” has received, even at the personal front things seem to be going perfectly for him. After months of speculation, the actor is all set to tie the knot with Bangalore girl Priyanka Alva today in a ceremony that is likely to be a private family affair.

The gala marriage ceremony of Vivek Oberoi is scheduled to take place in the bride’s residence in Bangalore which would be attended only by the close friends and family members of the couple. Although sources have claimed that today’s wedding ceremony is going to be private affair, it has been reported that grand reception is likely to be organized later this month in Mumbai in which the who’s who of the Hindi film industry would be invited to offer their best wishes to the newly-married couple. Insiders have revealed that for the D-day, the “Company” star would be donning a maroon sherwani while his bride would look ravishing in a multi-colored gorgeous lehenga, both of which has been created by ace designer Tarun Tahiliani.

As Vivek Oberoi is from a Punjabi community while Priyanka Alva hails from a Mangalore based Bunts Brahmin family, the marriage ceremony would be an amalgamation of the two traditions, sources have divulged. Meanwhile, a special mehendi ceremony was organized in the bride’s Bangalore home on Thursday and it was graced by family and friends of the couple. Although the marriage ceremony is not likely to witness a huge Bollywood turnout, the grand reception that would take place in Mumbai on October 31 is expected to be a star-studded affair.