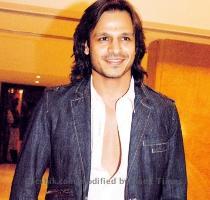 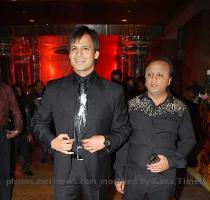 MUMBAI, INDIA (GaeaTimes.com)- Vivek Oberoi is all set to enter a new phase of his life. While on career front the days of lull are over with the success of the newly released ‘Rakht Charitra’, on personal front, his wedding to Priyanka Alva has made him and his family happy. The star who was busy promoting his film till a few days back, got married and the reception ceremony took place on Sunday night. The actor got married on October 29 in the city of Bangalore. The wedding reception was covered well by the leading media entities and TV channels, as expected. Needless to say the ceremony was attended by leading actors, directors and Bollywood bigwigs. Some of the leading politicians of India also attended the ceremony and giving them company were some of the top notch Corporate leaders of the country.

L K Advani, a veteran BJP leader and Sushma Swaraj was seen at Vivek Oberoi’s wedding reception. The Deputy Chief Minister of Maharashtra Chhagan Bhujbal, Sanjay Nirupam of Congress and the Civil Aviation minister Praful Patel were also seen at the event. A number of prominent actors of Bollywood including some of those who have shared screen space with Vivek Oberoi attended his wedding reception. Among them actors like Akshay Kumar, Gulshan Grover, Tabu, Diya Mirza, Fardeen Khan deserve a special mention. Ace directors like Ram Gopal varma and Vishal Bharadwaj were also seen at the reception.

The reception of actor Vivek Oberoi, however, was not attended by the Bachchan family and Sanjay Dutt despite reports claiming that both the families were invited personally. The couple, however, looked jubilant and were full of smiles.