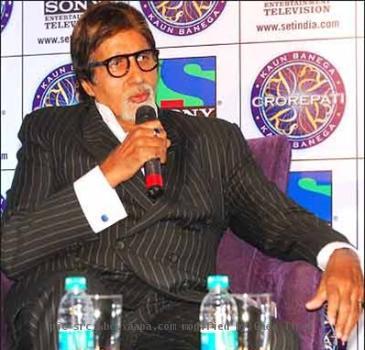 MUMBAI,INDIA (GaeaTimes.com) — The wait is almost over. Amitabh Bacchan is back for the fourth season of Kaun Banega Crorepati 4. The show will start from October 11.

The registration procedure for this show has started from August 2. In the the first round for audition, which will be held between August 2 and August 8. Viewers will be required to answer one questions everyday. Subscribers of Idea will not be able to take part in this process. The second round which will be held from August 11 to August 15 will be exclusive for the Idea subscribers.

When KBC first came out in 2010 it helped to revive the career of Amitabh Bacchan. He was Dropped from the third season. In that period the show was hosted by Shah Rukh Khan.