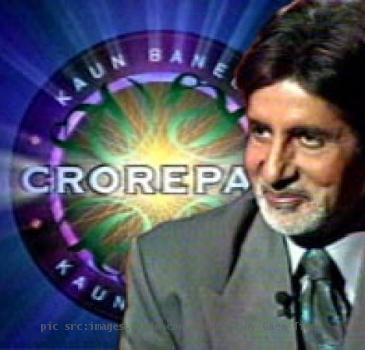 MUMBAI, INDIA (GaeaTimes.com)- Megastar Amitabh Bachchan will make a comeback on Indian TV with the latest season of Kaun Banega Crorepati - 4. Sony Entertainment Television (SET India) announced that the phone lines for registration have been opened since August 2. People all over India are now scrambling to get their names registered for the biggest game show on Indian television.

The show has been in the news for the change of the hosts from one megastar to the next. After Shah Rukh Khan’s hosting of the show was ruled out to the media, there were a number of speculations about who will be the next host. Considering that the show was previously hosted by Amitabh Bachchan and Shah Rukh Khan, the biggest names in Bollywood, the shoes of the host were huge ones to fill in. Reports suggest that the show will go on air on the 68th Birthday of the ‘Shehenshah’ star on October 11. Amitabh Bachchan had previously hosted the first two seasons of the reality based game show and saw one of the biggest surges in TRP for the Star Plus Network. The Network brought in Shah Rukh Khan for the third season and there were several reports that suggested that there was drop in the TRP. This year, however, the show will be aired on SET India and it has been speculated that there would be a new host for the fourth season.

Set India has started to air the questions and is urging the audience to start registering for the show. A set of 7 unique questions will be asked in the commercials by Amitabh Bachchan himself for the first round. Each question will have to be answered within 24 hours of the airing of the commercial through SMS, land-line or mobile phones.

BHUBANESWAR - The Orissa assembly was adjourned several times Tuesday, on the first day of its winte...
Copyright© 2010 The Gaea Times