Ajay And Bipasha Reaches Diu To Shoot For Akrosh 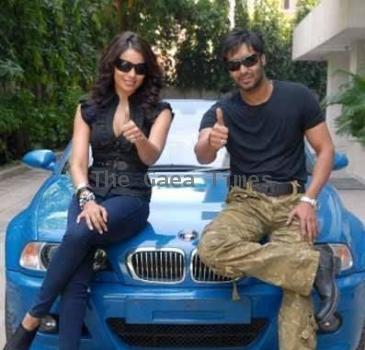 July 3, 2010 (Sampurn Wire): Director Priyadarshan has roped in Bollywood star Ajay Devgan and the hot Bipasha Basu for his latest movie Akrosh. Both the stars have reached the beautiful location of Diu to start shooting for the movie.

According to the office sources of Diu Collector, the director and the actors have reached the Diu airport yesterday. They will be staying in the union territory for next six days, the source added.

The Nagwa Beach is one of the main attractions in Diu apart from other historical places like Nayda Cage. The cast and crew have started shooting for the film today, the sources informed.

The film also stars renowned actors like Paresh Rawal, Akshay Khanna, Sameera Reddy and Raima Sen. But the sources could not give any clear idea if these actors would also join in Diu.