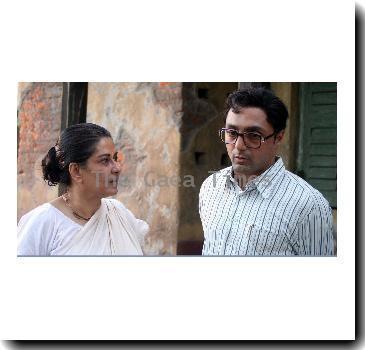 February 26, 2010 (Sampurn Wire): Director Aparna Sen has teamed up with actor Rahul Bose yet again after the success of the poignant ‘Mr. and Mrs. Iyer’. The film, titled ‘The Japanese Wife’, is, interestingly, written in a poetic manner. Aparna Sen has made an unusual film with an unusual message: How far will you go for love?

Narrating the story of the film our source says, “Snehamoy, a schoolteacher in the Sunderbans, and Miyage, a young girl in Japan, meet through letters, fall in love over letters, and even get married through letters! They have been married for 15 years but have never met.”

“In this very tender, lyrically expressed, stunningly photographed film, Snehamoy and Miyage go the distance for their love, from happy to funny to sad, sometimes even bizarre… Only a director with Aparna Sen’s skill could have woven a poem on love like this on the screen,” the source adds.

Japanese actress Chigusa Takaku has been roped in for the female lead role. The film also consists of Raima Sen and Moushumi Chatterjee in pivotal roles.