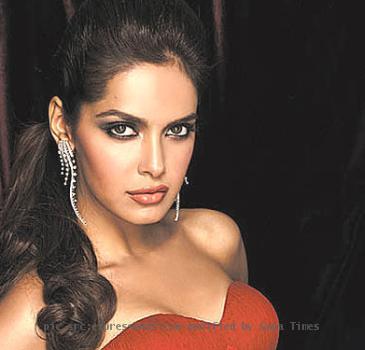 MUMBAI, INDIA (GaeaTimes.com)- When Shazahn Padamsee made her debut opposite Ranbir Kapoor in the 2010 comedy flick ‘Rocket Singh: Salesman Of The Year,’ she mostly went unnoticed in the not-so-significant role. However, with her latest release ‘Dil Toh Baccha Hai Ji‘, the 23-year-old actress and model has surely ensured that the film industry bigwigs take note of her with her impressive performance in the recently released Madhur Bhandarkar directed flick. Since the romantic-comedy movie released in theaters across the country this Friday, theatre personality Alyque Padamsee and singer Sharon Prabhakar’s daughter has been successful in seizing many eye-balls.

Despite the fact that in ‘Dil Toh Baccha Hai Ji’, Shazahn Padamsee was paired opposite noted Bollywood actor Ajay Devgan, the newcomer has been able to impress the viewers with her performance while her co-stars in the flick also cannot stop praising her. In a recent interview, the 23-year-old actress revealed that she was immensely excited to have received a call from Madhur Bhandarkar who asked her to edge the character of June Pinto in the movie. Shazahn Padamsee also went on to say that the entire experience of working with the famed director as well as the cast of ‘Dil Toh Baccha Hai Ji’ was indeed amazing.

While talking to the media, the young ‘Dil Toh Baccha Hai Ji’ star also divulged that initially when she was told that she would be starring opposite Ajay Devgan, she had been very apprehensive about matching up her performance to that of the veteran actor. However, the actress added that National award-winning star made her feel extremely comfortable on the sets by appreciating her acting skills.