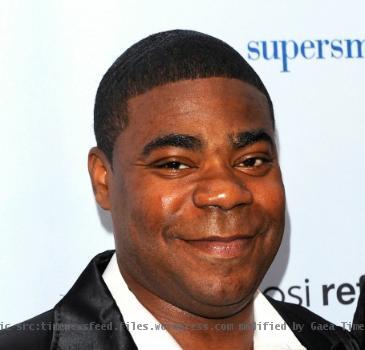 Not only were the viewers completely taken aback by the rather lewd comments made by the noted comedian, hosts Kenny Smith and Charles Barkley were also left speechless as for few moments they did not know how to react to the remarks about the former vice-presidential nominee. However, co-host Ernie Johnson soon went into damage control mode and attempted to bring the rather awkward situation on the show under control by biding adieu to the comedy artist and saying, “I want to thank Tracy Morgan for stopping by.” Since the episode has been aired, supporters of Sarah Palin have lodged their complaints against the offensive remarks, making sure that the network issues an apology in this regard.

Late on Thursday night, the TNT network officials cleared itself from the controversy by releasing a statement regarding the lewd remarks about Sarah Palin. The statement read, “It’s unfortunate Tracy Morgan showed a lack of judgment on our air with his inappropriate comments.”

Sleeping with lights on can leave you depressed

LONDON - Sleeping with the lights on could leave you with a nasty hangover the next day, a study say...

Light at night 'can put you in dark mood'

WASHINGTON - A new study has shown that exposure to even dim light at night is enough to cause physi...

Would you like to have a cup of 2,160 dlrs tea with long lasting fragrance?

WASHINGTON - State Guest Da Hung Pao tea's fragrance is believed to be so long-lasting that i...

Madonna's gym plan a way of getting back at former fitness trainer?

NEW YORK - Queen of Pop Madonna has recently announced that she plans to open a series of Hard ...

SAN ANTONIO (GaeaTimes.com)- With thousands participating from all over the world, the Rock 'n' ...