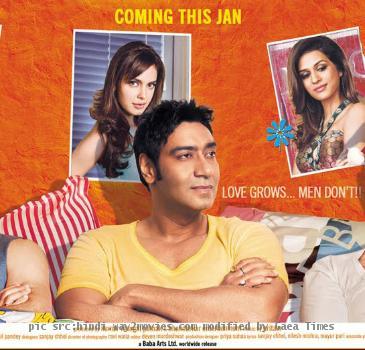 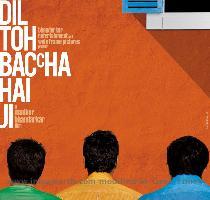 MUMBAI, INDIA (GaeaTimes.com)- ‘Dil Toh Bachcha Hai Ji‘ is ace director Madhur Bhandarkar’s foray into the genre of romantic comedy. The director who has a number of award winning and commercially successful films in his kitty including ‘Fashion’ and ‘Corporate’ has roped in some of the popular Bollywood actors for this romantic caper. The film is being released in the theaters across India today and expectations are high from the director. The fans are willing to see how well he fares in romcom. The presence of actors like Ajay Devgan and Emraan Hashmi is likely to draw the viewers into the halls. The actor duo reunite on silver screen after their underworld saga ‘Once Upon A Time In Mumbai’, which released last year and turned out to be a hit. Apart from them the movie has actresses Tisca Chopra and Shruti Hassan in two important roles.

The promos of the film ‘Dil Toh Bachcha Hai Ji’ have already generated enough interest among the viewers and a special screening of the film also drew accolades from the viewers. The plot of the movie is based on the lives of three men and the relationship they share with the girls they like. The director known for his focus on realistic aspects of life has not treated the relations among the characters as fairytale and dark sides and complexities surface once in a while.

In ‘Dil Toh Bachcha Hai Ji’ actor Omi Vaidya is seen playing a simple guy who believes in romantic ideology and it is a different makeover compared to his ‘Chatur’ act in the 2009 blockbuster ‘3 Idiots’. The film is also important for the career of actress Shruti Hassan in Bollywood.