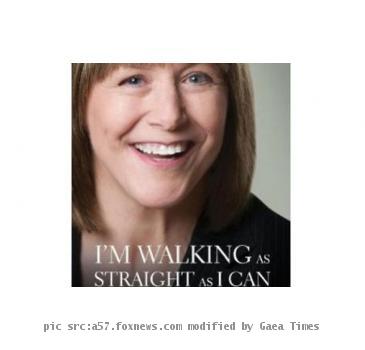 LOS ANGELES (GaeaTimes.com)- Noted Hollywood actress Geri Jewell best known for her act in the 1980s popular sitcom ‘The Facts of Life’ is in limelight. The actress whose autobiography is going to be published soon has come out of the closet and admitted that she is lesbian. She joins the league of Hollywood celebrities who have come out in the later part of their career. The actress was first among the disabled lot to bag a recurring role in popular TV series. In the autobiography titled ‘I’m Walking as Straight as I Can: Transcending Disability in Hollywood and Beyond’ she lays bare her heart and talks about various hitherto unknown facts of her personal and professional life. Needless to say her revelation about her sexual orientation has sent shock waves in the industry.

Geri Jewell was born with cerebral palsy. However, the ailment could not deter her from reaching the zenith in her career. She battled with a number of problems on personal and professional front. The upcoming memoir touches upon the ups and downs in her career. In 1985 she got the opportunity to perform at the White House. In Deadwood of HBO she wooed the viewers as well as the critics with her performance as Jewel the abused maid. The book also touches upon her bitter experiences in the early days of her career here she had to cope with exploitation and discrimination.

Actress Geri Jewell also had to cope with tax problem, a devastating accident and marital blues in her personal life-all of which she has described in the memoir. The book will be published this April.

LONDON - Singer Mel C says she wants to see the Spice Girls perform at the London Olympics in 2012 b...

LONDON - Former Spice Girl Mel C is calling on fans to petition for the girl band to perform at the ...

Patriots lack deep threat after trading Moss to Vikings, but fans take his departure in stride

Emanuel begins campaign for mayor in ChicagoCHICAGO â Rahm Emanuel is on the campaign trail. Em...

LONDON - Geri Halliwell had an underwear malfunction as she returned home from Paris Fashion Week. G...

Chicago mayor's race may be battle of shoe leatherCHICAGO â It used to be that getting elected ...

Political dance in Chicago mayor's race as Emanuel, others hold off on official announcements