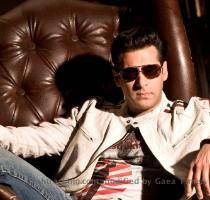 MUMBAI, INDIA (GaeaTimes.com)- The season 4 finale of “Bigg Boss” kicked off with a bang. The event witnessed all the former house-mates turning up for the occasion with many of them giving out some sizzling performances. As Shweta Tiwari, Dolly Bindra, Ashmit Patel and the Great Khali sat inside the house with their fingers crossed, host Bollywood actor Salman Khan welcomed all the former house-mates.

The finale had every element of suspense as fans outside the “Bigg Boss” house cheered aloud taking the names of their favorite contestants. The season 4 finale got to see the sizzling act of hot Pakistani actress and ex-contestant Veena Malik as she set the stage on fire with her ‘Shiela’ act. The sexy actress soared temperatures high even amidst the winter chill by grooving to the hit item numbers “Shiela Ki Jawani” and “Chaliya Chaliya”. Popular Bhojpuri actor Manoj Tiwari who got the award for the most dramatic house-mate performed to the tune of the ‘Tinku Jiya’ from the forth coming flick “Yamla Pagla Deewana”. He even got into an argument with anchor Salman Khan when the latter questioned him as to what his take is on the award. The Bhojpuri actor said that he was certainly not the most dramatic contestant out there and if people think so then it adds an advantage to his acting career.

Evicted hunk Hrishant Goswami tapped his feet to “Bachna Aye Haseeno” and “I Hate Love Storys” numbers. With all these former contestants performing at the “Bigg Boss” Season 4 finale, the biggest performance of the night came from Salman Khan himself who surpassed every one as he danced to his hit numbers “Humko Pini Hai” from “Dabangg”, “Barso Re” from “London Dreams” and the title track of “Wanted”.