‘Fred The Movie’ Airs On Nickelodeon 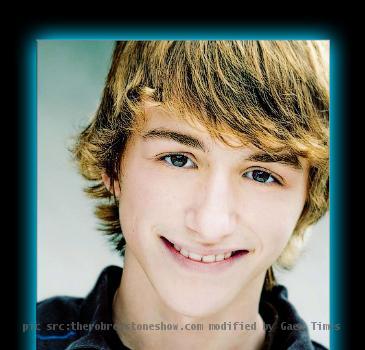 LOS ANGELES (GaeaTimes.com)- YouTube sensation Lucas Cruikshank has finally hit the American TV screens and fans of the grown up 6 year old were treated to some goofy and crazy humor on Saturday night as ‘Fred The Movie‘ was aired on Nickelodeon. The film has some big names that includes WWE star and singer John Cena and pop princess Pixie Lott.

The plot of’ ‘Fred The Movie‘ revolves around Fred, played by Lucas Cruikshank, who is a teenager who still thinks himself to be 6 and has an annoying voice. His tiny voice and his childlike antics makes the film’s humor somewhat bizarre and hilarious. John Cena plays the role of Fred’s dad and Pixie Lott plays, Judy, who Fred has a strong crush on. In one of the clips released from the film on the web, John Cena is seen giving advice to his son in his typical WWE meets hip-hop fashion. He is also seen breaking a flower vase on his son’s head to explain to him that he is not a good singer but a great one. Later he comes back to his fatherly ways as he quietly advises his son to wear a sweater before going out as it is quite cold, though he himself is without his shirt and looks ready to get into the ring. There are also some funny action sequences where Fred is seen crashing into a wall while trying to jump over it.

The movie was aired on Saturday night and ‘Fred’ has gone back to the top of the hottest searches quickly. ‘Fred The Movie‘ will also be available on DVD from October 5.