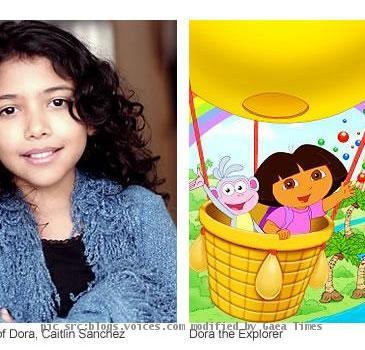 LOS ANGELES (GaeaTimes.com) — Caitlin Sanchez is the 14 year old girl who used to deliver her voice to the famous character in Nickelodeon’s hit animated series “Dora The Explorer“. She sued against Nickelodeon this week claiming that she had been cheated by the channel.

Caitlin Sanchez was removed from Nick on the pretext that her voice is now not suited for the most successful kids’ character as she has reached the age of puberty.

Caitlin Sanchez stated that she was pressurized signing an unconscionable contract in 2007. But the channel network has completely opposed her allegation.