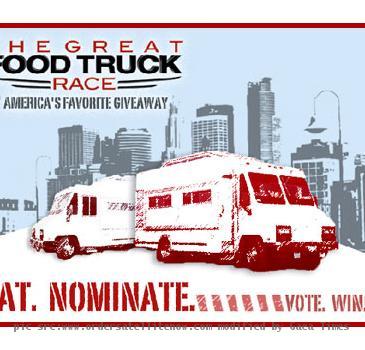 NEW YORK (GaeaTimes.com) — This time, the winner of “The Great Food Truck Race” was Grill ‘Em All from New York. It was expected that people’s favorite Nom Nom Truck would grab the final badge but, the wheels from New York sold their Burgers five times faster than the Nomsters.

The Great Food Truck Race is a show where seven real teams are selected from America’s best on-road food trucks that cook their way across America. Every week, the winner among the seven teams is the one that sells the maximum food. The losers drive away away their grill on wheels.

The Grill Em’ All team had the guys Ryan Harkins, Matt Chemus and Joel Brown who finished their Burger sales and claimed their $50,000 Grand Prize by beating their competitor by 15 minutes. The runners up was “The Nom Nom Truck” with the people Misa Chien, Jennifer Green and David Kien selling their food.

Misa and I were really, really sad, because we worked so hard throughout the competition.
, said Green. the co-owner and co-founder of Nom Nom Truck.

Although, the Nom Nom Truck could not grab the $50,000 prize money, they have got a great media coverage and their sales have already risen from 250 to 400 per lunch. They are also expecting to expand to a second truck very soon.