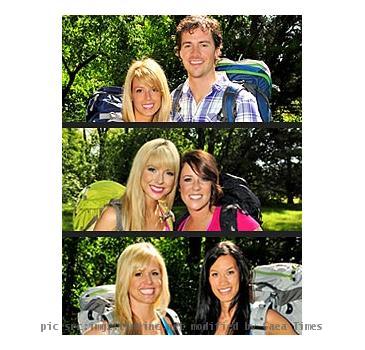 LOS ANGELES (GaeaTimes.com)- History was in the making in the finale episode of the popular CBS reality series “The Amazing Race” as for the very first time, an all women team was able to clinch victory in the hit show. For doctors, Kat Chang and Nat Strand, it was surely a dream come true as they became the first duo to cross the finish line and take home the prize money of $1 million. The finale episode that was shown last night on CBS was definitely able to fulfill the expectations of the viewers who tuned in large number to catch the season 17 finale.

During the course of their journey, the finalists on “The Amazing Race” had to travel across 30 cities spanning across four continents and on the whole they had to cover 30,000 miles in their quest to clinch victory. Despite the fact that all the finalists teams gave their best shot win the show, ultimately things went in favor of the doctor duo, Kat Chang and Nat Strand who were declared to be the winner by host Phil Keoghan during last night’s finale episode.

The season 17 finale episode of “The Amazing Race” witnessed all the three finalists teams indulging in different ventures which ultimately led them to the finishing line. During the show, the teams had to indulge in bungee jumping with the help of a giant crane situated at the Port of Long Beach. Later, they had to work on decorating a float for the Tournament of Roses Parade as well as get indulged in a trivia contest with famed game show presenter Bob Eubanks.