‘The Boy Who Cried Werewolf’ On Nickelodeon 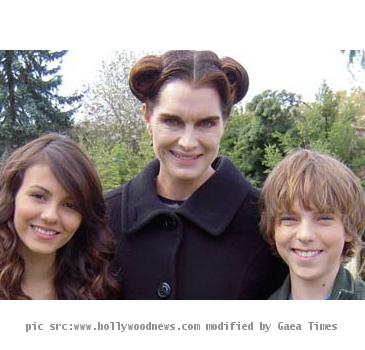 LOS ANGELES (GaeaTimes.com)- ‘The Boy Who Cried Werewolf’ is a new Nickelodeon film that takes a different approach to werewolf vampire tales which the teenagers are sure to find refreshing. For Victoria Justice, it is her first break as a movie actress. The teenager who became popular after working in ‘Victorious’ series in Nickelodeon is upbeat about this film. Brooke Shields is also in the cast of this movie. She said in a recent interview that when she heard the script of the film she found the character quite similar her herself.

The character that is played by Victoria Justice assumes the role of the lady of her house after some unexpected developments the family. However, things get changed when due to an experiment she gets wolf blood and transforms into a werewolf. It transforms her mental state and she becomes really confident. The protagonist of the film “The Boy Who Cried Werewolf” also said that she liked the script when it was offered to her. However, she was a bit hesitant about doing justice to the werewolf part and got a tad skeptical initially. She also added that she found donning the elaborate makeup for the werewolf role rather cumbersome but tried to cope with it. For getting into the werewolf mode she had to sit still for three hours at a stretch while the makeup guys worked on her look.

“The Boy Who Cried Werewolf” does not show too much of bloodbath or violence but the werewolves and vampires mange to evoke terror. This is a nice horror flick that is sure to be a hit during Halloween.