Jon Bon Jovis’ Days of Rock and Roll are Numbered 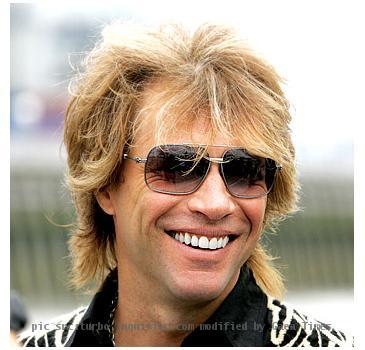 SYDNEY (GaeaTimes.com) — Armed with a thousand megawatt smile, Jon Bon Jovi is one of the greatest figure in the history of Rock and Roll for the past 3 decades. But at the age of 48, he has realized that his days as a frontman of Bon Jovi are coming to an end soon.

Jon believes that another two decades of touring is not his cup of tea. And hence, he is searching for another hobby ti get involved with. According to him -

I can’t see me being 68 and running around that stadium stage. I have to get a hobby,

The critics may have proclaimed it a ‘dying art’, but as long as Bon Jovi exists, the stadium is bound to rock. Try not to sing the hit singles like ‘Living on a prayer, It’s My Life, Wanted Dead or Alive‘ when the songs are running in jukeboxes, backyard BBQs and supermarkets. It’s the hits and the man singing them makes the band so immortal.

In the coming days, Bon Jovi will be performing not only three stadium concerts in Sydney but also an “intimate” Star City gig for more than 1500 lucky punters and on one of the Oprah Opera House shows.

PENNSYLVANIA, (GaeaTimes.com)- Kate Gosselin has always made it to the newspaper for her littl...

NEW YORK - Heart Attack Grill Restaurant in Arizona is like heaven to those who are obese but still ...

LONDON - A woman in Britain has won the legal battle to bury her relative's body, which had been put...
Copyright© 2010 The Gaea Times