Tony Parker & Eva Longoria were Caught having Lunch Together 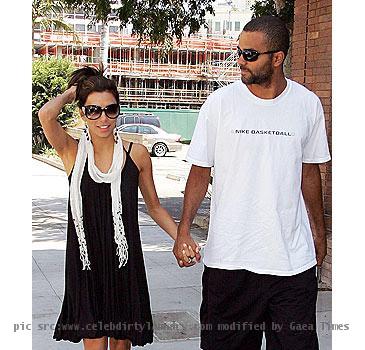 LOS ANGELES (GaeaTimes.com) — Tony Parker and Eva Longoria were reportedly caught having lunch together despite having filed a divorce to end their marital status.

The already separated couple were sharing the food together and some spectators have witnessed that they looked quite happy with each other.

Are they reconciling? No, Eva is not getting back to Parker. May be they want the separation to happen in a very peaceful manner and they were discussing the separation matter together.

Reportedly Eva Longoria filed a divorce after she discovered that Tony is having an affair with the wife of his San Antonia Spurs teammate, Brent Barry. But the couple still believes in friendship between them, so they are trying to have a peaceful split.