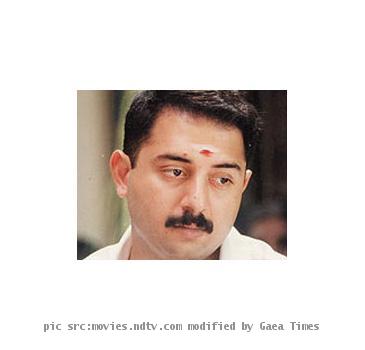 CHENNAI, INDIA (GaeaTimes.com)- Actor Arvind Swamy, who is best known for starring in highly-acclaimed flicks such as ‘Bombay’ and ‘Roja’ appeared before a judge in Chennai on Wednesday with regard to the divorce case that was filed by the actor earlier this year. In the month of May this year, the actor and his wife Gayathri Ramamurthy had filed for divorce on mutual consent after the estranged couple have been living separately for the past seven years.

Although intrinsic details about Wednesday’s hearing continues to remain sketchy, sources have revealed that after hearing the plea of both the parties involved, Principal judge S Meenakshi Sundaram has adjourned the case till December 1 when further proceedings would be taking place. As per the reports that have surfaced, Arvind Swamy is likely to shell out a whopping Rs. 75 lakhs as the divorce settlement and at the same time would also have to pay 1 lakh every month as alimony. Meanwhile, sources close to the former couple have divulged that the estranged couple have decided to part ways on the basis of a set of terms and conditions which includes, maintenance, the custody of their two children as well as visitation rights.

Arvind Swamy tied the knot with Gayathri Ramamurthy in the year 1994 and the couple have two children, 14-year-old daughter Adhira and son, Rudra, 9. The kids are going to stay with their father, who would be responsible for their education and upbringing while their mother would have custody rights during the weekend, reports have claimed. Prior to his retirement from acting in the year 2000, Arvind Swamy is known to have been associated with a number of hit flicks.

MUMBAI - Mahindra Satyam, which was delisted from the New York Stock Exchange in September, said Mon...

Gujarat to set up textile parks for cotton

AHMEDABAD - The Gujarat government is planning to set up separate industrial parks for spinning cott...

GUANGZHOU - India picked up two silvers in rowing and a bronze in shooting on the sixth day of compe...

GUANGZHOU - Two silvers and a bronze came India's way on the sixth day of the Asian Games here via t...