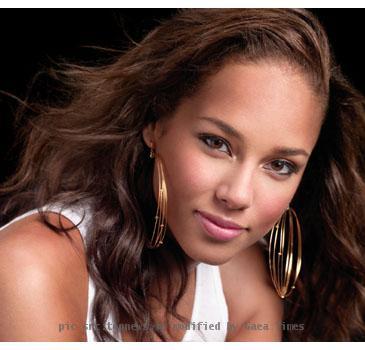 LOS ANGELES (Gaeatimes.com)- As the world mourns for the loss of precious souls on World AIDS Day, celebrities have come forward and joined hands to help people who are affected by the disease. The contemporary American sensations like Lady Gaga, Kim Kardashian, Usher, Elijah Wood, Khloe Kardashian, Justin Timberlake and Jennifer Hudson will be participating in stunt to promote World AIDS Day by dying a “digital death” on December 1. The celebrities would be taking this step to help Alicia Keys‘ charity “Keep A Child Alive”.

To help the charity the celebrities would urge their fans to donate money in order to bring them and buy them back online. The celebs have coined the name as Buy Life promotion. The whole system would be that the fans would have to text message the name of the first celebrity they are morning to a particular number and immediately $10 will be donated to Alicia Keys’ charity. Alicia Keys, Lady Gaga, Justin Timberlake, Serena Williams, Swizz Beatz, Kim Kardashian, Usher, Diddy, Janelle Mone, and Jay Sean have posed for the posters in coffin to bring attention to their effort. The celebrities hope that they would be able to raise $1 million for this noble cause.

Kim Kardashian’s poster sees the celebutante lying in a casket where she is wearing a cocktail dress and holding her own cell phone. Alicia Keys is also seen in a white and grey dress in the coffin with her cell phone. The caption of each photograph reads that the celebrities have sacrificed their digital life to give life to the millions who are affected by HIV/AIDS. Alicia Keys founded “Keep a Child Alive” in 2003 and while speaking about the campaign she said that it is important to shock people in order to make wake them up from sleep.

WASHINGTON - Harry Potter's magical, fictional game of Quidditch has been slammed by the critics, wh...

NEW YORK (GaeaTimes.com)- Shannon Tavarez, who played the role of young Nala in Broadway's "The ...

LONDON - Singer Alicia Keys has developed new obsession with biology ever since she has given birth ...

Alicia Keys gushes about her son Egypt on her blog

WASHINGTON - Alicia Keys has gushed about her son Egypt, whom she welcomed Oct. 14 with husband Swi...

Coldplay songs most likely to help people doze off

LONDON - British band Coldplay's music has been voted the most likely to help people fall asleep. ...