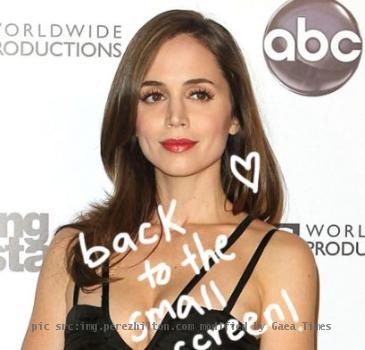 LOS ANGELES (GaeaTimes.com) — Sexy star of “Buffy the Vampire Slayer” Eliza Dushku is all set to rebound to the television soon. She has bagged the female lead role in TNT’s new drama “Bird Dog“.

She is known for her famous role as Faith in Buffy the Vampire Slayer and now she will be playing the character of a cop in Mike Robo’s pilot Bird Dog. This new show will revolve around the central character (Dushku) who will be playing a tough role with lot of action s and thrills.

The story is expected to be interesting as it will portray the ups and downs of a female police officer in a Pacific Northwestern town and it gets a twist when her long ago estranged father comes to her and wants to become her new partner in solving crime cases. Are you excited to see Eliza Dushku first time playing the role of a police officer in small screen. Leave your opinion in the comments section.

World's oldest mother considering having another child at 72

LONDON - A Romanian woman, who became the world's oldest mother after giving birth to her daughter a...

LONDON - A woman in Britain has won the legal battle to bury her relative's body, which had been put...

LONDON - Britain will be at risk if its secrets are compromised, the chief of the country's Secret I...

Resources a click or call away for gay youth, loved ones and communities in light of suicides

WASHINGTON - A researcher has identified a new pathway used by the malaria parasite to infect human ...

MUMBAI - As many as 30 sportspersons Wednesday asked the youth of Maharashtra to maintain peace and ...

SYDNEY - A gene network behind the hardening of coronary arteries and heart disease has been identif...