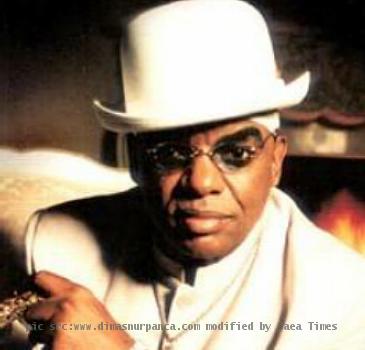 LOS ANGELES (GaeaTimes.com)- American singer Ronald Isley received tribute on the Soul Train Music Awards 2010 and was bestowed with the Legend Award. The event witnessed the renowned singers of R&B and hip hop music performing on stage either to pay tribute to the veteran singers like Ronald Isley and Anita Baker or to entertain the audiences. Though the event was held on November 10, BET and Centric networks aired it on November 28.

The star-studded event saw performances by Ne-Yo, Cee Lo Green, Erykah Badu, Eric Benet, Bruno Mars and Jazmine Sullivan who entertained the audience with their commendable performances. The singer and founding member of “The Isley Brothers”, Ronald Isley received award for his contribution in the field of music. The contemporary as well as veteran singers sang medley of Ronald Isley’s songs to pay him a tribute which included singers like Eric Benet, Bilal, Jeffrey Osborne, Freddy Jackson, El DeBarge, Peabo Bryson and Tank. Ronald Isley was so excited that he came on stage to perform his own super-hit songs along with Chante Moore and R. Kelly.

The show was closed by Cee Lo Green, who sang duet of Ronald Isley’s classic song “Shout”. After the event, Ronald Isley took to Twitter to thank all his fans for their love and support and wrote that he appreciates the support of his followers. The singer has his hands full of activities as he is all set to release his new album “Mr. I” on November 30. The media outlets reported that the album will include songs such as “Close to You”, featuring Lauryn Hill.

LONDON - India wants to control the flow of water to Pakistan, and this issue between the two nation...

MEXICO (GaeaTimes.com)- The carnival Splendor which was hit by an engine room fire on Monday mor...