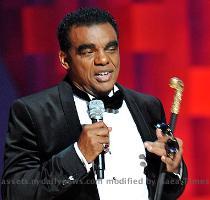 LOS ANGELES (GaeaTimes.com)- Ronald Isley is back with a bang. This time, he will once again surprise his fans, with his new album, “Mr. I”, which has been released today. This new album is rather special as it is his first solo album in a music career for more than five decades. Starting his music career with the band “Isley Brothers”, in 1954, he has indeed come a long way and created his own mark in the R&B genre.

Two days after Ronald Isley was awarded with the 2010 Soul Train Awards, he released “Mr. I”, a gospel album. This definitely played a big role in increasing the demand of the album. The 68-year-old singer had served jail for tax evasion. Seven months after his release, this new album is definitely another big milestone of his career. The new album of Ronald Isley is somewhat different from his previous albums. Apart from being his solo endeavor, this album features two other popular singers in two of the ten tracks of the album. Aretha Franklin and rapper T. I, have both been included to enhance the aestheticism of the album by blending it with other genres. Aretha Franklin was featured in the song entitled “You’ve Got a Friend,” and T. I was featured for “Put Your Money On Me”. According to a source, he got the idea of a gospel album while he was serving his prison term. This made him start working on “Mr. I”, which has an essence of his darker experiences and new perspectives towards life.

The other artists with whom Ronald Isley has collaborated are Lauryn Hill and Brother Tank. Few days ago, the singer tweeted thanking all his fans for all the support they have given him for over the last few decades. He also said that he feels extremely “appreciative”, for whatever he has achieved so far.

LONDON - India wants to control the flow of water to Pakistan, and this issue between the two nation...

MEXICO (GaeaTimes.com)- The carnival Splendor which was hit by an engine room fire on Monday mor...