Michael Douglas Talks about his Recovery from illness 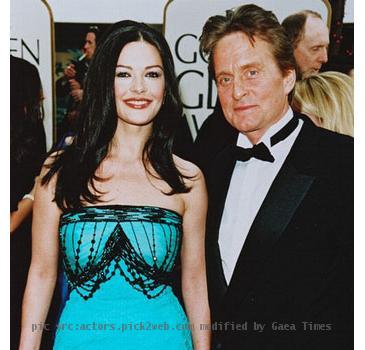 LOS ANGELES (GaeaTimes.com) — Oscar-winning superstar Michael Douglas is really an unbeatable man in professional as well as personal life. He is confident to fight back throat cancer who has just completed radiotherapy and chemotherapy eight weeks ago.

The Wall Street and Fatal Attraction star has been going on a grueling chemotherapy and radiation treatment since eight weeks as doctors discovered a walnut sized tumor at the base of his tongue. The 66 year old actor will know this January whether he has beaten up the cancer or not. Doctors has assured him of 80% chance of beating the illness.

Michal Douglas is also on to take the best medicine to cure his illness that might have caused due to drinking or smoking. He went on a trip to Harry Potter Theme Park in Orlando, Florida with his family. He stated that his beloved wife Catherine Zeta-Jones and their two children had been very supportive during his diagnosis of the disease.