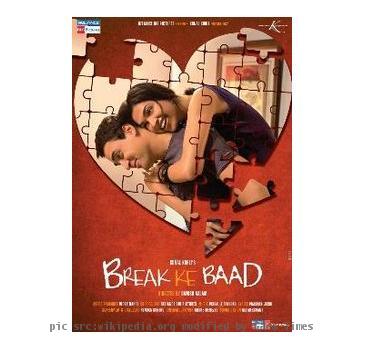 MUMBAI, INDIA (GaeaTimes.com)- The much-anticipated Deepika Padukone and Imran Khan starrer “Break Ke Baad” is all set to hit theaters this Friday. Considering the hype that the movie has managed to generate among the under-25 crowd, it would not come as a huge surprise if the flick manages to open to packed theaters. The film is the directorial debut of Danish Aslam and has been produced by ace director Kunal Kohli who is known to have been associated with movies such as “Hum Tum,” “Fanaa,” among others. The promos of the movie has already been able to strike a chord with the urban audience especially comprising of the youths.

As the promos might have already given you the hint, “Break Ke Baad” belongs to genre of romantic-comedy where the two protagonists Abhay Gulati (Imran Khan) and Aaliya Khan (Deepika Padukone) try to give their relationship a new dimension by separating from each other for a period of time. Meanwhile, the peppy, feel-good factor of film’s music has already been successful in creating a buzz among the audiences were are eagerly waiting to catch the flick first day first show. While talking about the movie, actor Imran Khan said in a recent interview that movie has a young urban based theme but at the core it has a romantic element to it.

In the meanwhile, for the leading stars of “Break Ke Baad,” Imran Khan and Deepika Padukone, it is a make-or-break situation as both of them are in desperate need of a hit. Given the lukewarm response that their last ventures, “I Hate Luv Storys” and “Lafange Parindey” respectively has received, both the stars must have their fingers crossed with the latest project.