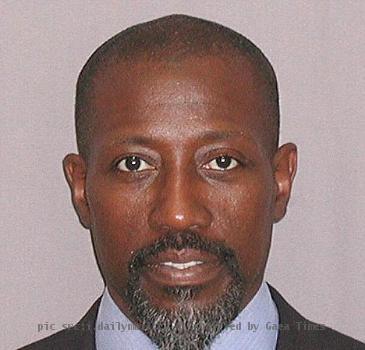 MIAMI (GaeaTimes.com)- On Friday, Federal judge Terrell Hodges has ordered Wesley Snipes to start serving a three-year jail sentence. The judge rejected all the plea’s for new trial and the permission to interview the jury about misconduct. However, it has not been reported from when and where the ‘Blade’ star would start his prison sentence but the judge has ordered him to start his prison sentence as early as possible.

The “Demolition Man” star was convicted in 2008 for evading taxes which is nearly 38 million dollars but the actor appealed in court and sought for new trials. However, in August, the judge postponed his prison sentence and spared him next three months. Judge Terrell Hodges said in his statement yesterday that Wesley Snipes had a fair trial before and now its the time for the court to enforce laws. The judge said that Wesley Snipes had a full, thorough review of his conviction and sentence before. However, Wesley Snipes‘ defense previously said that the “Blade” actor did not have a fair trial as the some of the jurors presumed his guilt before the trial itself. The judge, hence specified in his statement that the actor has a “fair trial”.

LONDON - 'Blade' star Wesley Snipes has been ordered to serve a three-year jail sentence for a felon...

MELBOURNE - British singer James Blunt has said that his refusal to obey an order from a US General ...

Unrelenting Eto'o on target to salvage home draw in Serie A

NEW YORK - Both zombies and vampires may be 'undead', but when it comes to good looks, no one ca...

KARACHI - The tennis duo comprising Rohan Bopanna of India and Aisam-ul-Haq Qureshi of Pakistan has ...
Copyright© 2010 The Gaea Times