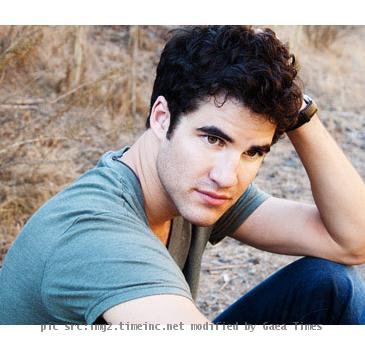 LOS ANGELES (GaeaTimes.com)- Fox comedy-drama series “Glee” managed to hog the limelight for some reason or the other. If not for the racy pictures that its cast members for involved in recently, then surely for the newbies that joining the bandwagon of the hit show. If recent reports are anything to go by then Darren Criss is all set to became a regular in the Fox television series in the third season of the show. The actor has already managed to seize many eye-balls after he made his debut in the show as Blaine, the openly gay student of Dalton’s Academy. It does come as a bolt from the blue that with his looks, Darren Criss has already been successful in winning a huge female fan-following.

Sources have divulged that Darren Criss was initially scheduled to play a recurring role in the Fox television comedy-drama series with speculations being ripe that he is all set to be play the love interest of Kurt. Many ardent followers of “Glee”have emphasized that the actors’ inclusion in the cast of the television series has indeed added a breath of fresh air to the show and he has been able to emerge as one of the most sought after members of the star cast.

While talking to a reputed news source recently, Darren Criss described his “Glee” role as an ‘actor’s dream’ while adding that it is an extremely cool and interesting character. The actor also expressed hope that the empowered character that plays in the Fox series would be able to act as a positive energy for the youth who are dealing with any kind of an issue.

A tilt of the head 'is enough to attract a mate'

MELBOURNE - Forget candlelight dinners and romantic walks on the beach, for a tilt of the head is en...

LONDON - A man in Britain shot the video of a screaming baby boy whom he repeatedly tortured, leadin...

GALLE, SRI LANKA (GaeaTimes.com)- A 'Gayle' swept over Sri Lanka and the worst affected by the...

LONDON - Hollywood actor Daniel Craig is said to have called off his engagement to producer Satsuki ...

COLOMBO - West Indies captain Darren Sammy is confident that his team can put in a solid performance...
Copyright© 2010 The Gaea Times