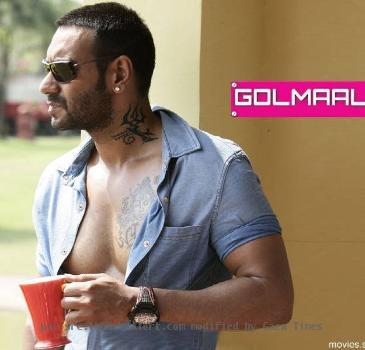 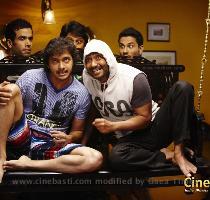 MUMBAI, INDIA (GaeaTimes.com)- There were much speculations regarding the fate of the two Diwali releases of this year namely ‘Action Replayy’ and ‘Golmaal 3′. However, the verdict is out in the open and the winner in the race is ‘Golmaal 3‘ as is evident from the domestic and global box office collections. The third installment in the Golmaal franchisee has outdone the Aishwarya Rai Bachchan and Akshay Kumar starrer ‘Action Replayy’. It has been reported that Golmaal 3 directed by Rohit Shetty has garnered a whopping INR 70 crore all over the world in its first weekend. The comic caper distributed by Eros International Ltd and produced by the banner of Shri Ashtavinayak Cine Vision Ltd is being shown in more than 2000 screens all over the world. In India the film has got 90 percent occupancy in the opening weekend.

The Star cast of ‘Golmaal 3′ and laugh riot in its plot has ensured its success. On the other hand the viewers have not been much impressed by the so called retro element in ‘Action Replayy’ with some of the cine critics saying it has been overdone. For actress Aishwarya Rai Bachchan this is a dampener as her earlier film Robot in which she shared screen space with stalwart actor Rajinikanth proved to be a super hit both in India and abroad. On the other hand actress Kareena Kapoor got a much wanted hit in her career with Golmaal 3 this year.

In the next week no big Bollywood film is releasing and so it can be expected that ‘Golmaal 3‘ will continue its run at the box office. It only has two big Hollywood films as competition.