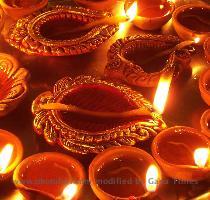 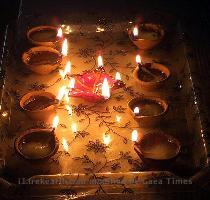 MUMBAI, INDIA (GaeaTimes.com)- Like the rest of the country, the Mumbai film industry is expecting a happy Diwali. This week two big budget films featuring two of the most sought after actresses are hitting the theaters and the producers are hoping that the audience like them. The fans of actress Aishwarya Rai Bachchan will see her donning a retro look in the upcoming ‘Action Replayy’. She is paired with actor Akshay Kumar in this film and the trailers and promos of the film have generated interest among the viewers. The film will have to battle it out with the upcoming comic caper ‘Golmaal 3′ featuring a number of actors which includes Kareena Kapoor. The film is directed by Rohit Shetty who earlier tasted commercial success with ‘Golmaal’ and ‘Golmaal Returns’ respectively.

For actress Kareena Kapoor, this Diwali will be a happy one if the film ‘Golmaal 3′ strikes a chord with the viewers and does not sink without a trace like most of the films she is seen in. As it is, she has not given a solo hit for a long time. On the other hand, actress Aishwarya Rai Bachchan is riding high after the stupendous success of the multilingual ‘Robot’ and if ‘Action Replayy’ is liked by the viewers then this Diwali would indeed be a happy one for her! She also has another big budget movie ‘Guzaarish’ lined up for release.

Vipul Shah, the director of ‘Action Replayy’ does not feel the film will be hit by competition from ‘Golmaal 3′ and the filmmaker hopes that it would be pull in audiences to the theaters when it releases on Diwali. He seems happy and said that the films deal with comedy but in a very different way and there are viewers for both the genre.