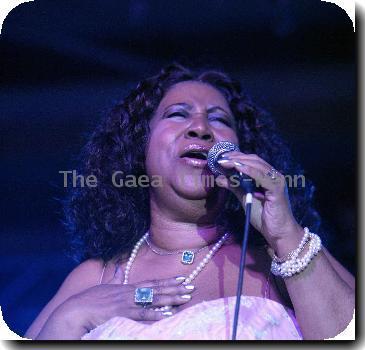 DETROIT (GaeaTimes.com)- Legendary soul singer Aretha Franklin was released from the hospital on Saturday after a brief stay due to an undisclosed medical condition. The singer’s rep has also said that the Queen of Soul will be canceling all her scheduled performances till may next year. The statement released by the publicist of the star, however, did not reveal whether the cancellation of the performances were related to her recent stay at the hospital. In the statement it was revealed that the singer is comfortable at home presently and is anxious to get back on the road and preform for her fans. Aretha Franklin was also apologetic to her fans and co-workers for canceling the shows. Reports suggest that physicians have asked the singer to cancel the performances due to health concerns.

Aretha Franklin was scheduled to perform at the Christmas themed concert on December 9 in Detroit. She also a number of concerts lined up in February in New York. Last week Aretha Franklin canceled two of her performances which included one at Virginia. Aretha Franklin suffered two broken ribs from a bathroom fall in August which led her to cancel two concerts at the time. The fans of the soul legend would be disappointed as the concert at Detroit would have had the singer performing with one time fiance Dennis Edwards.

Aretha Franklin also sang famously at the presidential inauguration in 2009 for Barack Obama. Now, 68, Aretha Franklin has been one of the most influential soul singers over the decades. In her illustrious career she has bagged as many as 18 competitive Grammy awards
and 2 honorary.

'Glee' cast beats out Beatles for Billboard recordNEW YORK ? The "Glee" cast has surpassed the Beatl...