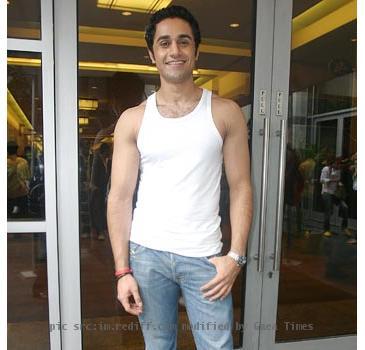 MUMBAI, INDIA (GaeaTimes.com)- The “Bigg Boss” house is set to get all the more entertaining. When it comes to love, the reality series is known for its rather interesting twists and turns which it showcases in almost every season. However, the latest season of the Colors reality series boasts of few turns of events that the viewers can’t even imagine in their wildest dreams. After television actress Sara Khan was eliminated last week (s staged one though), sparks were surely flying high between Ashmit Patel and Veena Malik and the two were also seen getting quite cozy with each other. However, all the speculations about a budding love affair between the two went for a toss when Veena Malik revealed in the latest episode that Ashmit Patel is not the one making her weak on her knees but she is smitten by none other than Hrishant Goswami.

It would not be misleading to say that things are going really topsy turvy in the “Bigg Boss 4″ house after Veena Malik expressed her love for Hrishant Goswami within days of getting up close and personal with Ashmit Patel. The sudden affinity of the Pakistani actress for Hrishant Goswami comes as a bolt from the blue for the viewers as initially the two were seen getting involved in ugly altercations and back then it was difficult for them to even stand each other.

Last night’s episode of “Bigg Boss 4″ surely managed to keep the viewers glued to the television screens as Veena Malik seeks the help of another housemate Dolly Bindra to let the much acclaimed model know of her feelings. Although Hrishant Goswami did not seem much interested in having a relationship right now, how things transpire between the two remains to be seen in the upcoming episodes.