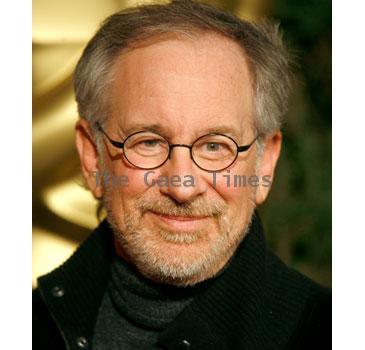 His filming has caused a moderately hue and cry amongst several village locals in the Castle Combe, Cotswolds.

This 63-year-old genius of a director is presently filming the movie adaptation of War, and as a result, his production crews as well as the involved actors have turned the unspoiled village into a nightmare of the extreme security kind.

The residents of that place have become utterly furious by the severe sets of rules that are being imposed on them. They are naturally very angry and annoyed about the almost military type of roadblocks that are acting as obstacles between them and their own residences. Ofcourse, one can understand, why the local people are justifiably angry.

This ridiculous security has made the townsfolk go bonkers and they would be happy if Spielberg and his crew of paranoid security personnel leave as soon as possible.

The exteriors of several houses have also been changed and have been plastered with fake wisteria. This fake stuff is later attached to them. In other words, people are totally fed up, as how the filming of the show is changing the true form of the village.

NEW YORK - Daniel Day Lewis is set to play Abraham Lincoln in an upcoming biopic to be directed by S...

LOS ANGELES - Robert De Niro is to be honoured with the Cecil B. DeMille Award at the 2011 Golden Gl...

Harrison Ford 'would love' to do another Indiana Jones flick

MELBOURNE - Harrison Ford has revealed that he is ready to do another Indiana Jones film. The 68-...

Steven Spielberg says he has fallen for England's natural beauty

LONDON - Director Steven Spielberg has talked about how the beauty of Dartmoor in England mesmerize...

NEW DELHI - If the audiences missed objects popping out of the screen in James Cameron's Oscar-winni...
Copyright© 2010 The Gaea Times