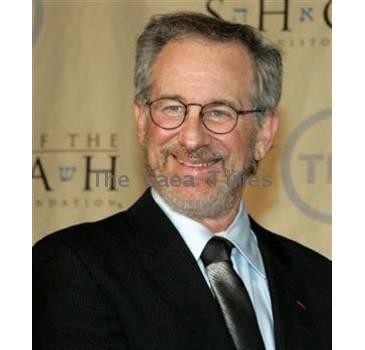 September 23, 2010 (Sampurn Wire): Hollywood’s celebrated director Steven Spielberg is considering ‘Robopocalypse’ as his forthcoming directorial feature. This bit of news should excite the Spielberg fanatics from around the globe.

This is one film that is based on the book by Daniel H. Wilson. The film and the book share the same name. The author himself is a robotics researcher and has also written ‘How to Survive a Robot Uprising.’

In case Spielberg passes this film project, there are agents who are simply waiting to join their own director clients to the motion picture. Spielberg, as we all know is the sure thing and has the proverbial Midas touch. This genius director had been working on an Abraham Lincoln biopic. He was also involved with the adaptation of ‘War Horse’, originally penned down by Michael Morpurgo in the year 1982. However, none of the aforementioned projects have been speeding up and thus we can only assume that the film ‘Robopocalypse’ might soon see the light of the day.

‘Robopocalypse’ is to be released by none other than DreamWorks that at the same time also has a couple of other robot films that should be released in 2011. The two other robot based films are ‘Transformers 3’ and Shawn Levy’s ‘Reel Steel’. The later is an action flick, which is set in the ultramodern world of boxing between robots.