Govinda And Priyankas Junoon To Release In Diwali 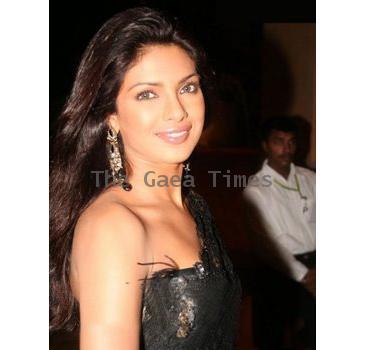 September 17, 2010 (Sampurn Wire): Priyanka Chopra is one of the hottest leading ladies of Bollywood now and she is in quite high demand. She has worked with most of the leading men in the industry and now she will be seen paired opposite veteran actor Govinda!

The pairing sounds very odd but it was done five years back when Priyanka was not as successful as she is now. They were roped in for the movie Junoon-The Madness of Love five years back and the movie is releasing now during this Diwali.

K C Bokadia has written and directed this movie, which will finally see daylight. The romantic comedy was shelved for some time and now after five years it will hit theaters during the festive season.

When the film was made, Priyanka was almost a fresher and did not have much work in hand. And, Govinda was trying to make his come back to the big screen at that time and the actor had even lost almost 10 kilos to match up the slim and beautiful Priyanka, a source said.

Junoon-The Madness of Love is the story of a careless guy, who falls in love with Priyanka’s character. The character of Govinda starts making false stories to impress his lady luck and that is followed by many twists and turns.

The shooting of the movie has been done in the locales of Nepal, Jodhpur, Jaipur, Jaisalmer and Mumbai.

NEVADA - In a remarkable interfaith gesture, a Jewish music concert involving about 20 cantors from ...

My debut film will begin by January: Govinda's daughter (Interview)

MUMBAI - Govinda's daughter Narmada Ahuja, whose debut film has been delayed, says the script has be...

MUMBAI - Bollywood actress Urmila Matondkar, who has not been seen in films for a long time, made an...

MUMBAI - David Dhawan has taken it upon himself to bring together Govinda and Salman Khan, both of w...

September 27, 2010 (Sampurn Wire): October is going to be a month of celebration for the Telugu fi...

MUMBAI, INDIA (GaeaTimes.com)- The much awaited film from Ram Gopal Verma, the filmmaker...