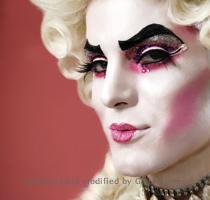 LOS ANGELES (GaeaTimes.com)- The top 4 in ‘America’s Got Talent’ have been selected and the results might shock some of the fans. With some serious talents in the Top 10, the ‘America’s Got Talent’ competition made it extremely difficult for the judges and the voters alike. With almost all the acts proving that they are worth going through to the next round in th recent performance round, the decision became even tougher. Though some fans will disagree with the rest of the nation and the judges the top 4 are : Michael Grimm, Fighting Gravity, Jackie Evancho and Prince Poppycock.

In the performance round this week, Fighting Gravity performed a routine based on moon landing. The judges were awe-struck by the act and Sharon Osbourne even urged the Americans to vote for the unique dance group that appears to defy gravity during their routines. The judges have often said that the group looks in contention to win the title as their material is ideal for Las Vegas shows. Jackie Evancho, the pint sized opera singer too has been one of the most celebrated finds by ‘America’s Got Talent’. Considering her age and her talent, she has been called a little wonder and her selection in the top 4 of America’s Got Talent has been justified.

Theatrical singer Prince Poppycock and Michael Grimm have also amazed the judges and the audience over the weeks. Prince Poppycock’s bizarre and showman like performance has been one of the highlights of the show. The judges have often said that they are surprising pleased with his performance. With three singers and just once dance troop in the top 4 of ‘America’s Got Talent‘, the competition promises to be neck and neck in the next week.