Mchale Was Not Offered Role In Dancing With The Stars 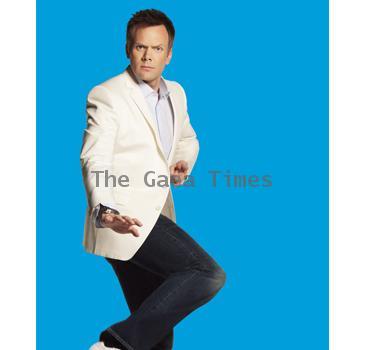 September 2, 2010 (Sampurn Wire):Rumours about McHale rejecting to be a part of the dance reality TV show ‘Dancing with the Stars’, has been dispelled finally. A representative confirmed that the star was never actually offered any part in the reality TV show in the first place.

The Soup man’s rep shot down the Hollywood Reporter article that suggested he has declined ABC’s offer to be on the 11th season of the dance reality TV show. Producers of the dance reality show also asked Ryan O’Neal to participate in the competition but the star chose to stay away.

McHale is not the only celebrity who is miffed by the reports, Tim Allen was also named in the articles and his rep also refuted the absurd claim. On the other hand it has now been confirmed that Suzanne Somers was offered a slot and she refused it. Kristie Alley also featured among the list of celebrities who turned down the offer to star in the dance reality TV show. Jamie Lee Curtis said she had been approached by the producers of the show but she was not interested to take part in the reality TV show. Other big names that turned down the offer include British businessman Richard Branson and former secretary of State Condoleezza Rice.

Ernest Borgnine Gets Honored by The Screen Actor's Guild

LOS ANGELES(GaeaTimes.com) -- The Screen Actors Guild has decided to acknowledge the contributio...

Borgnine, 93, to get SAG life achievement awardNEW YORK ? Ernest Borgnine will be honored by the Scr...

Top-seeded Samantha Stosur, No. 2 Elena Dementieva advance to the quarterfinals

Sharapova and Bartoli advance at Bank of the West STANFORD, Calif. ? Maria Sharapova would h...
Copyright© 2010 The Gaea Times