Finally Its Genelia Dsouza With John In The Kaakha Kaakha Remake 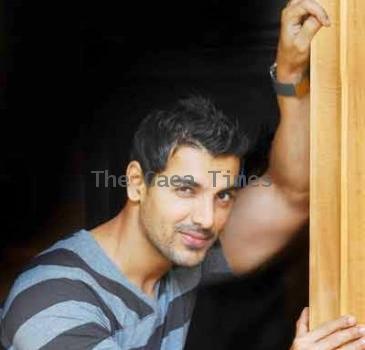 First it was Asin who had been signed. But then she chose to give away her dates to the Salman Khan starrer ‘Ready’ directed by Anees Bazmi.

Desperate for a heroine, Vipul Shah’s spirits soared when his ‘London Dreams’ heroine Katrina Kaif was suddenly with free dates after the postponement of ‘Dostana 2’. But she chose a Yashraj film with Imran instead.

Matters came to a point where the team was ready to shoot without a heroine in the hope that a suitable match for John will show up next.

Luckily Genelia D’Souza has now stepped in to the empty space. Lately things have not been moving too smoothingly for the perky ‘Jaane Tu…Ya Jaane Na’ actress. John and Genelia got to know one another well during the cell phone ad that they did together. It was only a matter of time before a movie materialized.

The shooting of the untitled Hindi version of ‘Kaakha Kaakha’ began on Saturday.

Producer Vipul Shah confirmed the last minute casting of Genelia. “Yes, she’s the girl opposite John. We’re in the process of signing papers even as we speak.”