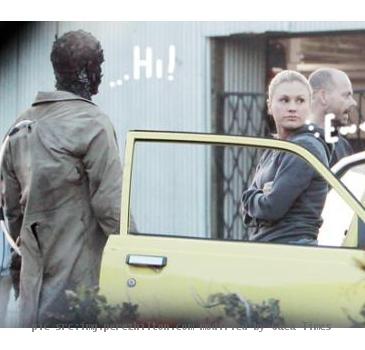 LOS ANGELES (GaeaTimes.com) — The biggest Television event after the Emmy’s seems to be the True Blood Finale. The blood soaked show has hit the right chords with the fans throughout the season. So much so that the fans have dubbed this season as the best True Blood season yet. Actor Denis O’Hare’s Russell Edgington, The Mississippi King has become one of the most celebrated TV bad guys in recent memory. The recent Update regarding the shows finale is that a few pictures from the shooting of the finale has been leaked onto the net. 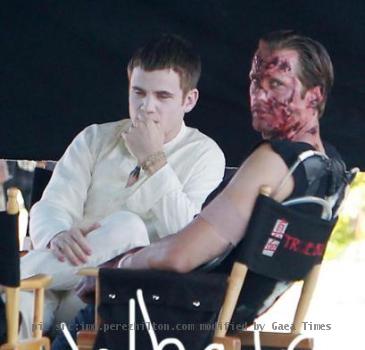 At the Emmy Awards the stars of True Blood were poked in order to get the tiniest bit of detail for the series finale. Joe Manganiello says that the season finale will be soaked in blood and will have a lot of the now famous True Bloodded Sex. But he also adds ominously that a lot of people will die in the season. He adds

I am happy with the way [the finale] sets up for next season. I think [the fans] will be pleased at what they find out about Lafayette. There is something to be found out in the finale about LaLa

Yes the La La is not a Typo he actually said Lala. Marshall Allman actually elaborates quite a bit on the issue. He says that the cliffhanger in store for this season is a killer, as we expect Anna Paqiun’s Character will once again be the dame in grave peril. But some one big from the cast will be under severe threat this season. An Overheard conversation at the Emmy went like this “She can’t stay with Bill forever”. Fans of the show are hoping that Russell is not killed off. Without a worthy adversary like him in the next season the show may become as nondescript as the second season. Catch True Blood on HBO and share your thoughts