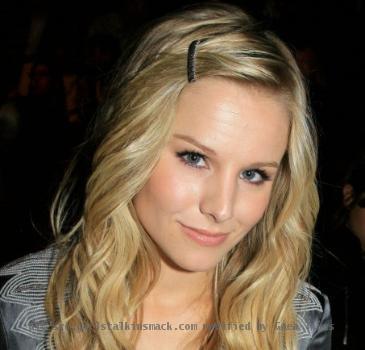 LOS ANGELES (GaeaTimes.com) — Anna Paquin is set to join the cast of Scream 4 along with Kristen Bell. The popular horror spoofs fourth installment is in the news because of the sensational reveal.

The movie also stars Courtney Cox, Neve Campbell, Courteney Cox-Arquette, David Arquette, Hayden Panettiere and Adam Brody and Emma Roberts plays the lead in the multi starrer. Dimension Films are tight lipped about the plot of the movie. But if you take Emma Roberts recent interview where she says

I don’t know that I’d do a full-on nude scene, ever, I’ve never had a full-on sex scene…but we’ll see.

You get the picture. The Scream franchise always made fun of the slasher genre of horror. The original brought a sense of high production initiatives and passable acting into a discredited genre. The return of the script writer Kevin Williamson and director Wes Craven would surely try to recreate the box office magic of the first. The film is set to release in mid 2011

WASHINGTON - 'True Blood' star Anna Paquin has confessed that she shops online even in the middle...

Raja should be arrested, say Jayalalithaa