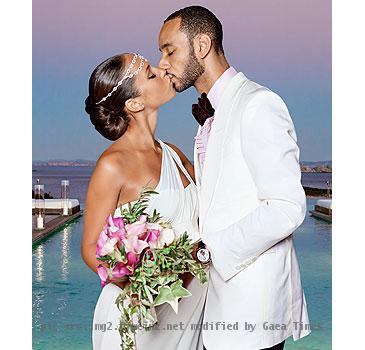 Alicia Keys wedding with Swizz Beatz was a simple and low profile ceremony. The wedding was witnessed by only a select few friends and close family of both Alicia Keys and Swizz Beatz. The wedding setting has been described as magical, sweet and simple. Mediterranean waters, setting sun, clear sky made the stage look as something out of a dream. The water lining was decorated with candle lights and flowers.

Alicia Keys was with a Grecian-inspired Vera Wang dress and was holding purple calla lilies. Her hair was slicked back in a knot/bun with a gorgeous beaded headband draped across her forehead. Swizz Beatz was with a Tom Ford tuxedo. His tux seemed to be vintage inspired with a white jacket, ruffled shirt, black bow tie and black dress pants.

Swizz Beatz’s real name is Kasseem Dean. It is Alicia’s first marriage. But Beatz has been married before and has two sons. His first son is Prince Nasir who is nine years old. His second son is Kaseem Jr. who is just three years old. Both of his sons were present in the wedding ceremony. 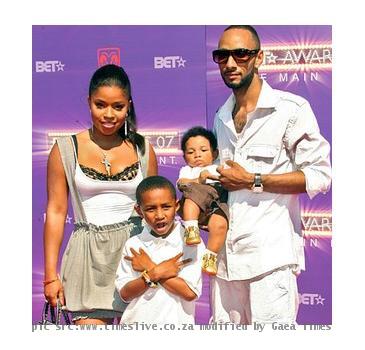