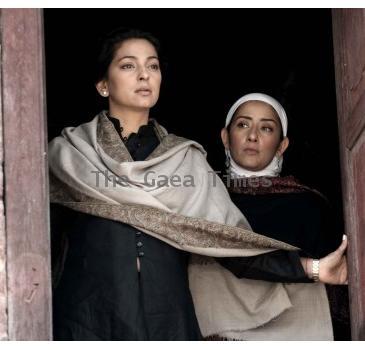 July 22, 2010 (Sampurn Wire): Filmmaker Onir, whose 2009 release film I Am Megha, was based on the plight of the Kashmiri pandits, is planning to conduct a workshop on films with actor Sanjay Suri, who is a Kashmiri pandit in real life.

Recently, another film on the valley titled Lamhaa, was not allowed to have a premiere in Srinagar. But Onir is very much hopeful about his film, which was liked by several Kashmiris, who have been involved with it both emotionally and financially.

I Am Megha is about the migrant Kashmiri pandits, who were bound to run off their homes in the midnight and start their lives somewhere else. The film stars Juhi Chawla and Manisha Koirala. Recalling the shooting of the film, Onir said that they had to call up around 50 army men to control the huge gathering of crowd in Srinagar.

Onir can identify the pain of the displaced migrant as his family belonged to Bangladesh and he was born and brought up in Bhutan. Along with Sanjay Suri, the director wants to conduct three- month long workshops for the young and enthusiastic students to give them an exposure to filmmaking techniques.

The director says, “It was a complete surprise for me, when in a recee, I found that the 18-year old teenagers were totally ignorant about the tragedy of the Kashmiri pandits”.